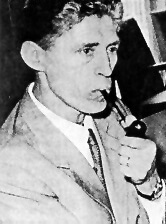 He was trained in medicine at the University of Milan and graduated in 1939. Active in the antifascist resistance movement during the war, in 1944 he sought refuge in the Lago Maggiore region and began collaboration with Professor Edgardo Baldi and an Assistant Professor Livia Pirocchi at the Istituto Italiano di Idrobiologia in Pallanza. Tonolli later married L. Pirocchi, and, together with numerous colleagues, studies in microevolution, population genetics, and plankton ecology flourished under their leadership. His interests encompassed the physiology of Daphnia, limnology of the entire region of northern Italy, and biometics of copepod population dynamics, among others. He assumed directorship of the Istituto Italiano di Idrobiologia in 1950 shortly before E. Baldi’s death. That leadership continued until his own death in 1967, when Livia Pirocchi-Tonolli replaced him as director of the Institute.

He is commemorated by the Tonolli Memorial Award.