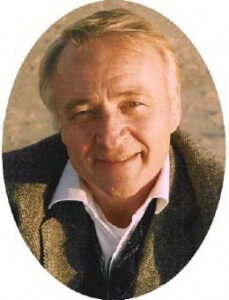 At the time of his death (18 April 2005), Professor Wetzel was one of the foremost limnologists in the world. His academic credentials were impeccable and his scholarship impressive. He received many awards and accolades, including an honorary Doctor of Philosophy degree from the University of Uppsala, Sweden (1984), election to the American Academy of Arts and Sciences, the International Water Academy, the Royal Danish Academy of Sciences, the Hungarian Academy of Sciences, as Fellow of the American Association for the Advancement of Science (AAAS), and was the first Tage Erlander National Professor of Sweden (1982-1983). He was awarded the G. Evelyn Hutchinson Medal from the American Society of Limnology and Oceanography (ASLO) (1992), the Baldi Memorial Award (1989) and the Einar Naumann-August Thienemann Medal (1992) from the International Association of Theoretical and Applied Limnology (SIL), the Society of Wetland Scientists (SWS) Lifetime Achievement Award (2000), the Award of Distinction from the University of California, Davis (1988), the Burnum Distinguished Faculty Award from the University of Alabama (1994), Aquatic Ecologist of Year 2002 Award from the Russian Academy of Sciences, and the Russian, Hutchinson Science Laureate Award (2005).

Wetzel was a preeminent freshwater ecologist. With a passion for wetlands, he increasingly was concerned and wrote about the need to protect freshwater ecosystems because he understood their vital importance to all life on Earth. His studies on the nature and role of dissolved organic matter in aquatic ecosystems led to new concepts and understandings of how lakes and wetlands function. His lifelong work uniquely delineated and clarified the important ecological role of macrophytes in aquatic ecosystems. He was author or co-author of 23 books and more than 420 articles in scientific journals and books. His classic and scholarly textbook, Limnology: Lake and River Ecosystems (this 3rd Edition had been completely revised and expanded with a new title), published in 2001, has been translated into four languages besides English, and has been instrumental in training students worldwide since 1975.

His talents for leadership were recognized by his election as president of the American Society of Limnology and Oceanography, as the first president of the International Association of Aquatic Vascular Plant Biologists, and to Honorary Life Member of the Asociacion Argentina de Limnologia. His service to his professional interests was totally unselfish and massive, serving on a prodigious number of editorial boards, advisory committees, and examining committees, and giving lectures throughout the world. He also trained a large number of graduate students and postdoctoral associates, many of whom also became leaders in the field of freshwater ecology.

His dedicated leadership was the guiding force for the International Association of Theoretical and Applied Limnology (SIL) for several decades, serving as its elected General Secretary and Treasurer for some 37 years. Colleagues around the world are deeply in his debt for his devotion to, and admiration for, SIL, the international professional society for the study of inland waters.

Bob was also known for his love of family (wife, Carol of 45 years, four children, and nine grandchildren), reading books, listening to classical music, and painting. His quick, but gentle, smile was a welcome greeting to all, or a friendly invitation to engage in conversation. Nevertheless, it was his passion for aquatic ecosystems and scholarly work, his boundless energy, attention to detail, lack of sleep-time, and especially his kind, generous, and gentle spirit that defined his life. His standards of scholarship were exceptionally lofty, setting the bar high for all students and colleagues. He never “cut corners” in his science.

His death is a momentous loss for family, friends, colleagues, many past students and postdoctoral associates, and the entire aquatic and limnological research community. Robert Wetzel will be greatly missed, but his dedication to scholarship and to limnology will continue to inspire well into the future. He was an outstanding colleague and a dear friend.