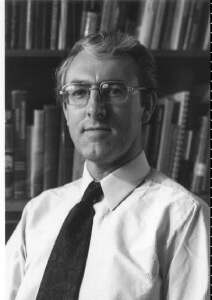 Bill was a long time member of SIL, and began partial editorial duties for the Verhandlungen in 1995 (congress in Brazil) and continued through 2000 (end of Proceedings from the Congress in Dublin). He also presented the Kilham Memorial Lecture at the Congress in Brazil in 1995. Although he influenced many facets of limnological science, his passion was the saline lakes that dominate the Australian landscape. “Salt lakes”, he would say, “are a marvellous resource for scientists, but very few of us recognise their intrinsic values”.

Bill grew up in Liverpool, during the harsh years of the Second World War and its aftermath. With a deep affection for the English Lakes District, encouraged by Macan and Worthington’s Life in Lakes and Rivers (Collins, 1951), and driven by a fierce inner determination, Bill graduated as a limnologist from the University of Liverpool in 1961. There he was a protégé of Professor H.B.N. (Noel) Hynes, a pioneer in river ecology who later went to Canada. Bill’s Ph.D. was devoted to the ecology, taxonomy and biogeography of an aquatic isopod, Asellus. He completed his thesis in record time, by sleeping during the day and working at night.

In 1961, with his bride Anne, and still with a very English demeanour, Bill arrived in Australia to join the new Department of Zoology & Comparative Physiology at Monash University, chaired by Professor A.J. (Jock) Marshall. Encouraged by the good-natured chivvying of colleagues at Monash, Bill soon adapted to his new environment and was evermore an Australian.

He remained at Monash for 14 years. From the outset he developed a close working relationship with Ian Bayly, a recent arrival from New Zealand, and together they became pioneers in Australian limnology. The pair explored the farthest corners of the continent and forged links with other pioneers like Peter Tyler in Hobart, Hilary Jolly in Sydney, John Lake in Narrandera and Alan Weatherley in Canberra. One of their initiatives, in 1961, was to help found the Australian Society for Limnology. Today, the ASL has a membership of more than 600.

The many saline lakes of western Victoria held a particular fascination for Bill and Ian, and their beloved lakes soon became a magnet for students. Part of the reason was that, in a time when ecology had an ‘ecosystem’ focus, saline lakes were attractive because they contained relatively few species, notwithstanding their high productivity, and so appeared to be less complex and more easily investigated than other ecosystems. Sadly, many of those lakes eventually fell to unsympathetic development, particularly irrigated agriculture, and they are now a shadow of what they were.

During his years at Monash, Bill and his colleagues all exercised a strong sense of social responsibility, seen in their contributions to public debates. For Bill especially, the flooding of Lake Pedder in Tasmania was a grievous loss that he strongly contested and never forgot.

At the time he left Monash in 1974, Bill had been promoted to Reader. With an already prodigious record of publications, including the seminal first edition of Australian Freshwater Life (1968) and Inland Waters and their Ecology (with I.A.E. Bayly, 1973), and as a father-figure to a generation of new limnologists, Bill left Monash to join the University of Adelaide, where the Chair in Zoology lay vacant following the retirement of Professor H.G. Andrewartha. He took up that post in January 1975.

At the helm of the new department, Bill’s good humoured, avuncular nature extended well-beyond colleagues in limnology. Students in all areas of zoology will remember his encouragement, perhaps as kindly words over a sherry in the Chairman’s office, a letter of support or names dropped at those critical times when people’s career paths are set. Within the limnological realm, Bill’s prowess as an editor assumed legendary status. We may never know how many of today’s present generation of water resource professionals have benefited from his reworking of a once-shabby manuscript! And many more received the same benefit through papers submitted to journals, conference proceedings and books that issued from his influence.

Throughout his tenure at Adelaide, Bill continued his extraordinary output of literature, eventually accruing more than 250 articles, book chapters and books. Amidst the pressures of chairmanship, he could always find time to write, as he loved to do, but it usually was after dinner at home, when he could retreat to his den and work on into the early morning.

At Adelaide, Bill became more involved in matters related to the management of water resources, seen in edited books like An Ecological Basis for Water Resource Management (1980) and Limnology in Australia (with P. De Deckker, 1986), and his contributions to government committees. He was proud to receive a Doctor of Science degree from his alma mater. At that time too, he extended his global influence, spending time in the UK, USA, Canada, Germany, South Africa, Japan, Indonesia, India and Hong Kong. In journeys to Kazahkstan and Uzbekistan, discussions over the fate of the Aral Sea left no less an impression on him than did the saga of Lake Pedder. Bill’s global outreach was such that, if limnologists in other countries were asked to name a colleague in Australia, he surely would be the popular choice. As an advocate for the Australian environment, he insisted that we should look at our lakes and rivers afresh, and not through the eyes of scientists from the Northern Hemisphere, as some textbooks encourage us to do (Williams, 1988).

Bill never much enjoyed university administration because it diverted him from science. He did appreciate the value of his role as Chairman, however, as a means to expedite action and overcome inertia. Eventually, the increasing demands of administration and the changing nature of universities, under external political pressures, were among reasons that led him to retire in 1994. The change was a release for pent-up energy that led him into important new roles with the South Australian Fisheries Research Advisory Board and the National Wetlands R&D Program. He donated his priceless library of reprints, spanning many shelves, to the South Australian R&D Institute (SARDI). He retained an academic role as Emeritus Professor, but preferred to keep a low profile in a department that had

Fourteen months ago, Bill learned that he had leukaemia. In the months that followed he continued to read and write, and many associates received from him drafts, manuscripts or proofs needing their attention. “I’ve had a good life”, he said in November 2001, “and if I have one professional regret it is that I did not speak out more strongly about the destruction of “Spaceship Earth”. Although Bill enjoyed a brief period in apparent remission, it was not to last. He died in Brisbane on 26 January 2002.

Bill Williams made a major contribution to science, and no less a contribution to the welfare of other scientists. Academics sometimes represent the lifetime achievements of a colleague as a tree, and in that regard Bill’s lineage is well-grown. The spreading branches and branchlets represent connections to many hundreds of water resource professionals in Australia and around the world. With roots in the past, branches in the present and seeds for the future, long may that tree flourish.

Bill is survived by a brother and sister, wife Anne, sons Simon and Richard and two grandchildren.

In the Queen’s Birthday Honours List for June 2002, Bill was made a Member of the Order of Australia. Anne was able to tell him of his nomination before he died.