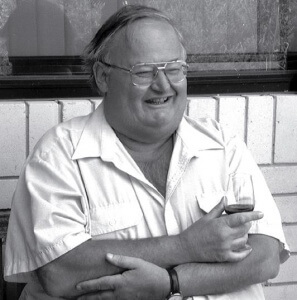 Peter Cullen was an extraordinary person as he very effectively straddled the gap between the demanding strictures in seeking scientific truths and the difficult and diplomatic requirements in getting scientific messages to politicians, managers and the public. Messages that were sought to increase an awareness of ecological issues and that were calling for action. In dealing with the oft-volatile issues of water resource management and seeking ecological sustainability of freshwater ecosystems, Peter was a gifted and convincing communicator and a knowledgeable and an insightful advisor. There is no doubt that Peter was a driving force in driving governmental water reforms, such as the National Water Initiative, an initiative that recognized ecological imperatives and problems along with social and economic concerns in water resource management. His advocacy over the years that the environment must be fully considered in water resource planning and management at last, after many setbacks, appears to have been recognized and even acted upon.

Born in Melbourne he attended Balwyn High School in Melbourne and then studied for a B. Agr. Sc. and a M.Agr. Sc. at the University of Melbourne. He was greatly influenced by the scholarly Professor Geoffrey Leeper, as wise aphorisms of this professor were often used to great effect by Peter. After teaching at Balwyn High School, tutoring at the University of Melbourne and then working for the Port Phillip Bay Authority, in 1973 Peter went to Canberra to be a lecturer in resource management at the Canberra College of Advanced Education. Subsequently, he became a Professor in the University of Canberra and developed a very active School in Applied Ecology and Resource Management, and from 1993 to 1991 he was Dean of the Faculty of Applied Science. His scientific research focused on nutrient and water quality problems (e.g. eutrophication in lakes and wetlands).This work included studies with Ron Rosich on the nutrient dynamics of Lake Burley Griffin, the lake in the centre of Canberra, the national capital. At the same time he was advocating the need for resource managers to become ecologically aware and he was very active in assessing and solving water quality problems in freshwater systems.

In 1991 Peter almost singlehandedly put together a bid for a CRC of Freshwater Ecology. The bid was made as the world’s longest blue-green algal bloom unfolded in the Darling River. However, in spite of such a vivid example of a dire water resource problem, the bid was unsuccessful. But not to be deterred, a new bid was submitted and this time it was successful with environmental flows and river condition assessment being the major themes. So the CRC for Freshwater Ecology was launched under Peter’s Directorship with the MDFRC at Albury being the original home base. Setting up the CRC involved many meetings, many negotiations, heated discussions and flurries of fiery and amusing faxes. Very quickly the CRC took shape and under Peter’s directorship it evolved into a very effective research and educational hub for freshwater research. Not all the research was applied; basic ecology, “blue sky” research was strongly supported by Peter as a critical component of the research agenda.

The CRC became a source of knowledge and advice on water management and ecology. Peter built a versatile “knowledge broker” team producing many reports and statements, but most of all under Peter’s leadership with numerous press statements, the CRC was actively involved in the resource-ecology water debate. Indeed, as the current “drying phase” developed in southern Australia and managerial shortcomings became very evident, Peter became a central figure in the water debate, actively and fluently engaging in it, being asked and providing independent and wise advice and fearlessly pointing out the sad ecological state of our rivers and wetlands (especially in the Murray-Darling system) and suggesting feasible solutions.

There were many meetings in the CRC. Under Peter’s leadership many of these were stimulating affairs with questions of science and of water management being pursued along with questions of strategy and effectiveness. In the CRC and in many of its committees, Peter was a diligent listener, a great distiller of relevant points and a lucid synthesizer of ideas and actions. But, it is also important to remember that Peter had a great sense of humour and of comradeship, so that very rarely in my experience were there moments of acrimonious disagreement.

During the CRC time Peter worked hard to get not just freshwater ecology research noticed by politicians, but for scientific endeavours in general to be recognized and built into the political agenda. He became President of the Federation of Australian Scientific and Technological Societies (FASTS) and was an enthusiastic promoter of the Annual “Science meets Parliament” event that began in 1999. His influence in government policy relevant was strengthened when he became a member of the Prime Minister’s Science, Engineering and Innovation Council in 1998 and was elected a Fellow of the Australian Academy of technological Sciences and Engineering. His strong advocacy of water issues was recognized when he was awarded the Prime Minister’s Prize for Environmentalist of the year in 2001, and in 2004 he was awarded the Order of Australia for his services to freshwater ecology.

Peter was an active member of the Australian Society for Limnology attending many of the annual conferences from Jabiru to Queenstown NZ. Indeed, it was at the latest ASL Conference in Queenstown NZ that Peter gave a stimulating and challenging address “Adapting to water scarcity: A global challenge for the 21st century” in which he stressed that the research findings of freshwater ecologists are now being incorporated into water resource management, but such incorporation is still being resisted by self-interested groups. He urged “freshwater ecologists to work within the Australian Society of Limnology and develop some strategic ways forward to guide science investment in Australia” and that limnologists need to ensure that “our freshwater ecology is made accessible to Governments and our community as we confront serious water scarcity.”

Peter was an active member of SIL and at the 29th SIL Congress at Lahti, Finland in 2004, he was awarded the Naumann-Thienemann medal for his leadership in communicating “complex limnological and water resource issues to colleagues and especially to decision makers, which over the past three decades have led to improved understanding about, and wiser allocation of, critical water resources in Australia”. In 2006 Peter gave an invited plenary address at the annual conference of the North American Benthological Society in Anchorage entitled “Science and politics—speaking truth to power”, in which among many salient points, he warned scientists that if they enter the public debate they need “to understand that they are leaving a world where finding the truth is the most important goal, for a world where winning is most important.”

It seems that his experience with the CRC was instrumental in giving him the strength to pursue water reform in a more emphatic and determined way when he retired. In 2002 he became a founding member of the Wentworth Group of Concerned Scientists and immediately applied his energy to the collective effort of producing the controversial and influential “Blueprint for a Living Continent” in late 2002. Many disagreed with its messages, but to this day it is very obvious that the document has had a strong influence on public debate and government policy—though we still have a very long way to go to achieve any semblance of ecological sustainability in most of our ecosystems. It is extraordinary that although his mobility was increasingly limited and he did have lingering health problems that right to the end, he was so active and dedicated to the cause of ecologically-based water reform. He was a Commissioner of the National Water Commission, Chair of the Scientific Advisory Panel of the Lake Eyre Basin Ministerial Forum, Chair of the Victorian Water Trust Advisory Council, Member of the National Heritage Trust Advisory Committee and of the International Water Academy. At the same time not only was he attending numerous meetings, but was writing and giving stimulating and goading speeches.

His ability to see the “big picture” and to not only describe the problems, but to offer solutions made him a much-heeded and influential environmentalist. He urged people to think in a holistic way, the ecosystem way, to see the large scale and to identify the necessary connections that allow ecosystems to function. Peter was such an open, generous and fair-minded person that people warmed to him even if they disagreed with his views. As a scientist and as an educator he was a great encourager, eager to learn what students and fellow scientists were thinking and doing, and eager to help others in difficulties. . He will be missed as a wonderful person to have debates and discussions with and as an innervating and generous leader that motivated many from scientists, managers to fellow citizens. In seeing the “big picture”, in his dedication to the effective reform of water and catchment management and in his capacity to successfully bridge the gaps between science and resource management and policy, he will be greatly missed. Peter is survived by his wife Vicky and by his two daughters Belinda and Michelle.