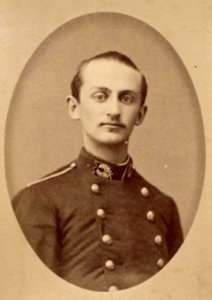 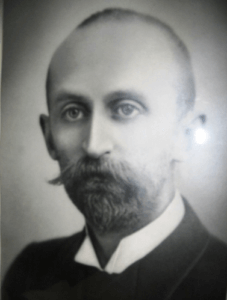 Lake Geneva is the largest of Western Europe’s deep natural lakes. It is also very well known to all limnologists, because it has been studied in detail since the 19th century. On the Swiss side, the seminal books and articles of François-Alphonse Forel (1841-1912) were recognized as soon as they were published and continue to be so today; on the French shores, it seems that less recognition was given to the pioneering work on the lake. However, one man, André Delebecque, played a major role in the knowledge of Lake Geneva. He did so by way of an innovative approach at the time, combining geography, physics and chemistry to produce a comparison of French lakes of all types.

André Delebecque was born in Paris on December 14, 1861. He became an engineer in the administration of the Bridges and Causeways, in which he was appointed as a civil servant at the fish farm in Thonon-les-Bains in 1887. This allowed the 26-year-old engineer to discover an enormous source of inspiration: Lake Geneva. Soon after his arrival, he set out to map Lake Geneva, and specifically to make a detailed bathymetry of its lake basin.

Mapping the bottom of Lake Geneva and many other lakes turned out to be a huge task that lasted more than 20 years (Delebecque 1894). For the French part of this lake alone, 5,000 depth soundings were made to establish a precise bathymetry that is still a reference (Delebecque 1890a, 1890b, 1891). Around Lake Geneva, F.A. Forel and A. Delebecque met and worked together many times and it was written that “these two exceptional men knew each other, exchanged views, valued each other, and each in his specialty made a leap forward in the knowledge of the lakes” (Dussart 1999).

The mapping of hundreds of lakes by A. Delebecque was the work of a lifetime, culminating in the book Les lacs français (Delebecque 1898) and an atlas with detailed maps (Delebecque 1982-96). For these achievements he received an award and medal of the topography and geography societies in 1894 and 1898, and recognition by the Academy of Sciences. In his book, 153 figures and 22 plates are presented, encompassing 330 lakes. This corresponds to a third of all French lakes, with maps and ancillary data. Indeed, A. Delebecque considered the controlling factors that make each lake different from the other, such as morphology, altitude, thermal aspect, climate, hydrology, and watershed contributions. At that time, few limnologists had taken this path and A. Delebecque can be considered as one of the pioneers of comparative limnology.

During his scientific career, A. Delebecque was also an inventor. In particular, he was credited with the invention of the winch with a turn-count and various water and gas samplers (Delebecque & Le Royer 1895).

Described by his contemporaries as a forerunner in limnology, a creator of vocations, a discoverer and an inventor, a simple and brilliant man, A. Delebecque had many interests, including limnology, glaciology and caving.  During the second part of his life, he moved away from the scientific world that had somehow disappointed him to literature by becoming a renowned specialist in Latin and Greek issues for nearly 25 years. He returned to Paris in 1912 and did not return to Geneva until 1936, where he died in 1947 at the age of 86.